Data is knowledge. Only companies that systematically collect, organise and analyse data can derive advantages from it. You don’t have to be Amazon or Google, but they are the companies that are blazing the trail. By managing huge volumes of data they make themselves cleverer. Thanks to digitalisation, there are plenty of data sources available. The problem is how to analyse it. A clean and well-structured database is crucial. Otherwise the wrong conclusions will be drawn, whether by a human user or by artificial intelligence (AI). 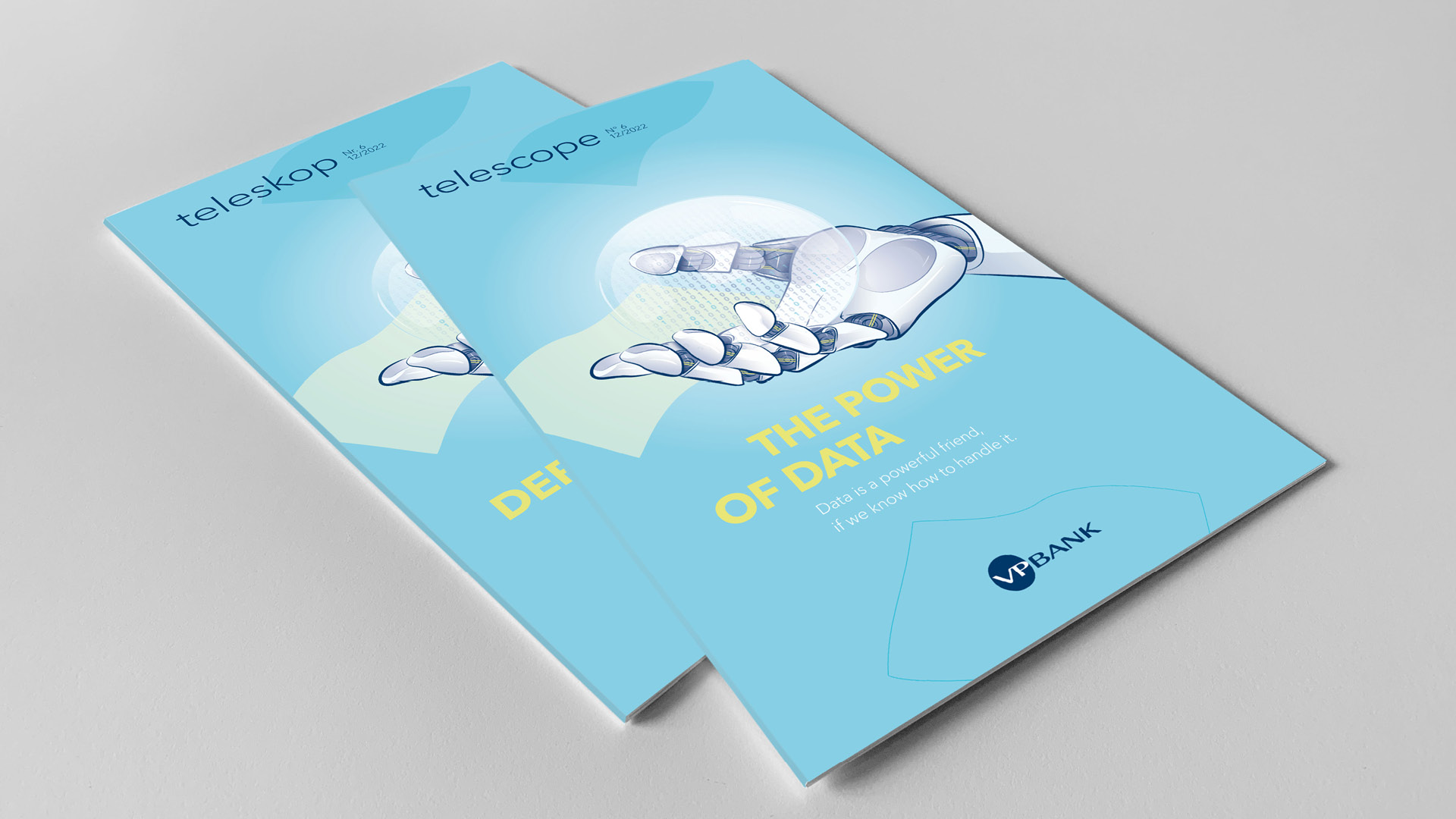 Telescope no. 5 (June 2022) Living with Deglobalisation

After an explosive period of globalisation, the worldwide integration of economic activity is encountering headwinds. First came the financial crisis, precipitating a slump in direct investments. Then followed the trade conflict between the US and China, then the pandemic and now the war in Ukraine. Supply chain security has become an issue again, while sustainability is an added incentive to bring production closer to home. We believe economic globalisation has passed its peak for the time being.

Telescope no. 4 (December 2021) Investing with a purpose

Money can't buy happiness, as the proverb goes. And we all know that a good life requires more than money alone. This insight is increasingly colouring people's attitude to investment. What is the point of a high financial return if it is achieved by flouting one's personal values and beliefs? Isn't it possible to put together a rewarding portfolio by investing in companies that help combat climate change or improve working conditions in developing countries? In other words, it is becoming more important to achieve not only a return but also an impact with one's money.

Emerging market countries have become important partners and competitors, both economically and politically. But some 20 years after the euphoria around the BRIC countries Brazil, Russia, India and China, it is high time for a reappraising of the broad group of emerging markets. We have compiled a ranking that shows which of them are the most attractive for investors. In our view, Asian countries have the best chances of benefiting from the current economic recovery.

Liechtenstein, Switzerland and the European Union have committed themselves to bring their greenhouse gas emissions to net zero within the next 30 years. Governments can set the wheels in motion and provide an appropriate framework. But the target cannot be achieved without a determined effort by businesses and individuals. At the same time, the signals are changing back to green for the next upswing after the slump caused by the corona pandemic. From our point of view, a green recovery is on its way.

No other currency in the world is as widespread and widely accepted as the US dollar. It has a very special status. Whenever there is stress in the financial market, the dollar is all the more sought after. The greenback is one of the safe havens, as the corona crisis has just shown again. But this was probably only the last hurrah. The dollar will depreciate over the long term, and there are many reasons for that. It is overvalued according to the purchasing power parity theory. The higher inflation rate in the US compared to Europe and Japan also speaks against the dollar, as does the combination of trade and budget deficit in the US. The dollar, simply put, is becoming a weakling.

Fill in the details to receive the latest issue in print.
Contact form